When Steam announced that its latest desktop app build supports gameplay controls, audio, and video streamed through another platform —I was happily shocked. This is futuristic stuff, lemme tell ya. Here is what’s going on:

In-Home Streaming: How does it work?

Quick and dirty? Watch my video.

First there’s a host PC, likely running Microsoft Windows, with the Steam app and all the games installed.

Next, there’s a client computer (in this case a tiny 13″ MacBook Air) with the Steam app. 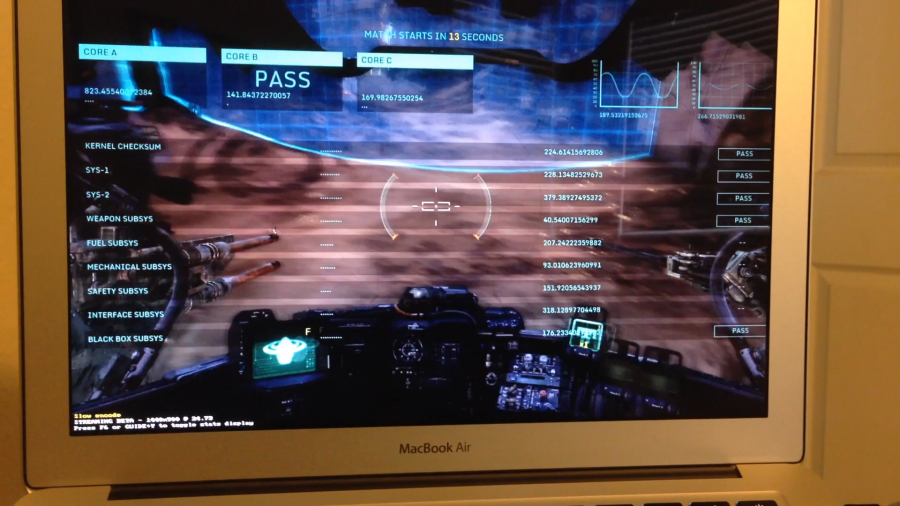 Lastly, In-Home Streaming requires a robust internal network. Gigabit Ethernet between the host PC, the router, and the client computer would be the perfect scenario. In this example, I have an 802.11ac wireless router in a central room but my host PC in another room maxes out at 300Mbps. The client Mac has 802.11ac wireless and is located in the same room as the host PC.

In-Home Streaming could be described as a straightforward VNC session on steroids, designed for gaming. Once the client computer on Steam detects the host PC, all games will offer a button to “Stream,” rather than Play a game in your library. All the visuals will be rendered on the host PC and pumped over your internal network to the client PC, which only has to be capable of displaying the streamed-in graphics. A graphically intensive game like Watch_Dogs, currently only available for Windows, can be played on a Mac at native resolution. Note that any settings modified during In-Home Streaming are saved on the host PC, not the client. Keep this in mind if you play primarily on your host PC, like I do. Audio is also streamed to the client PC. Streamed games are controlled by the client’s hardware, so try to use a real mouse and full-size keyboard. Let me tell you: Trying to play HAWKEN using a MacBook Air’s built-in trackpad is a bad idea!

Steam games perform very well when streamed but almost everyone will ask, what about non-native games (titles outside of the Steam network)? Heck, the first thing I wanted to attempt was playing Battlefield 4 on my Mac! (See video…)

Right off the bat, you simply cannot just add EA/DICE’s Battlefield 4 as a non-native Steam game. Doing so will just result in a launch error. The workaround, however, is quite simple, if not clunky.

Encoding map-loading and transition screens for the stream will stutter unless your host PC has a lot of CPU power and an SSD drive. To maximize performance, unless you have an Intel i7 3770 + SSD setup with amazing graphics, set your host graphics to Medium or less. Setting it higher will only make host encoding worse, regardless of the speed of the network and the client platform. Considering the 13″ screen and 1440×900 resolution of my MacBook Air, I set the client Steam app’s streaming setting to “Performance.” 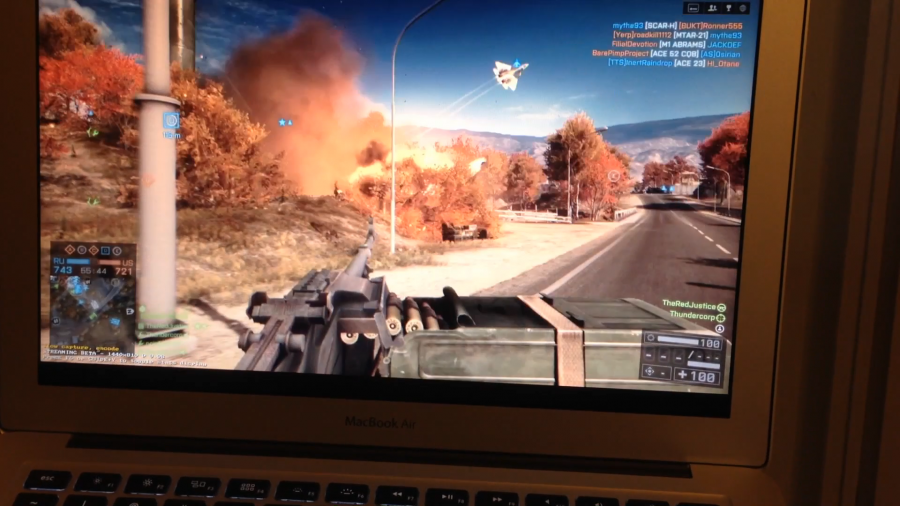 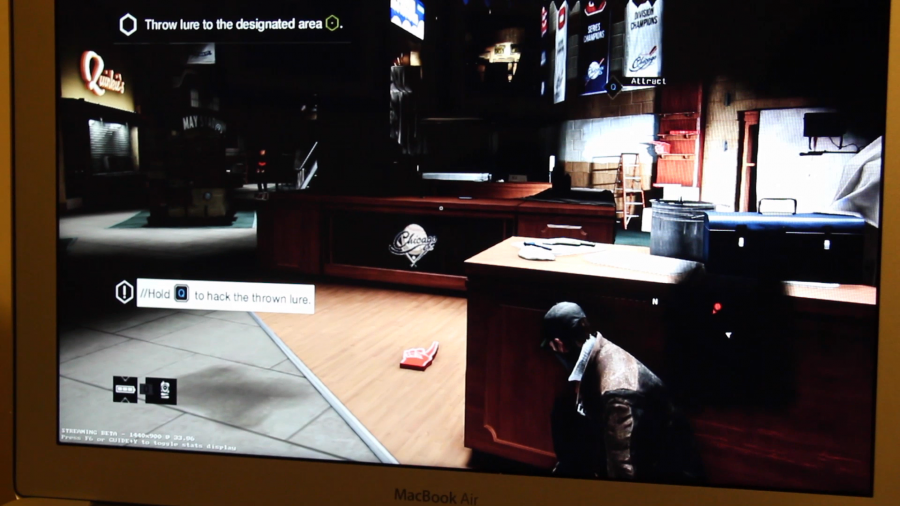 Steam’s In-Home Streaming does all this magic with very little latency and as of this writing, the beta build can only improve overall performance. There’s another ingenious method that bypasses Steam altogether and involves the freemium remote desktop app Splashtop combined with the freeware utility Synergy.